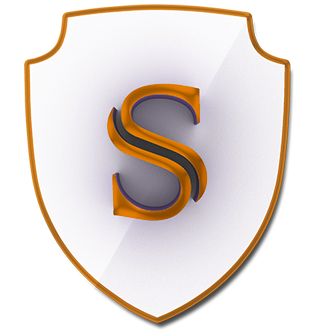 Stress is one of the biggest issues in the health and safety arena in the UK, but are we winning the battle against this known killer? Are we even in the fight?

In the year 2012/13 there were 428,000 self-reported cases of ill-health related to stress, depression and anxiety. For comparison, the number of self-reported cases in the same period related to musculoskeletal disorders was 439,000. I would posit that there are actually many more thousands of cases of the former that go unreported due to issues such as the stigma that is still associated with mental health issues in many UK workplaces and also the fear of becoming unemployed as a result (direct or indirect) of reporting stress related issues.

Stress is a difficult issue for employers to manage. Part of the reason for that is due to the fact that different people exhibit signs of stress in different ways. Some people don't give any outward indication at all that they are suffering from stress. Another factor is that the causes of stress can be numerous and be coming from different areas of a person’s life. If a person clocks off work at 5.00pm. it does not mean that they are able to 'switch off' from the issues that might be causing them stress at work. Likewise, a person will not automatically be able to cut themselves off emotionally from issues on the domestic front when they arrive at work.

There is a framework that has been developed by the HSE to help managers examine the arrangements that are currently in place and identify any areas that might be leading to stress-related issues. The framework is structured around the following six areas:

The demands that are placed on employees can cause stress-related issues in a number of ways. A work load that is simply too excessive is an obvious problem. But a job that does not ask enough of a person and allow them to use their skills and abilities to the full might also be a factor to consider.

I think it is fair to say that most people prefer to have control over the way in which they carry out their job. Certain types of job are more autonomous than others, but it's well worth examining the arrangements you have in place and talking to staff about their thoughts on how they are being managed. Find out if there is scope for allowing workers to have more control over things like the timing of breaks, equipment used, frequency and speed of tasks etc.

Employees ought to be able to feel as though they are working for an organisation that supports them. The type of support offered could be things like access to a counselling service for when people need to talk to a professional about issues that are affecting them. It could also be providing people with all of the resources they need in order to carry out their job effectively. You could even tie this in with the previous item by, for example, empowering people to place their own purchase orders for the resources they need.

Employers need to develop and nurture and environment where people are not subjected to behaviours that encourage discrimination, harassment, violence, bullying, victimisation. It goes without saying that a manager should not engage in any of this type of behaviour themselves, but they should go further than that by leading by example and actively be on guard and alert to any of this type of behaviour being exhibited anywhere in the workplace.

For any company to survive and develop it must be willing to adapt and change. The quicker it can respond to market forces, the more likely it is that they are going to be able to beat the competition and maintain or improve their market share. This will inevitably mean that all the people who work for the organisation will experience changes to their work circumstances. The thing is, most people don't like change, they like to develop a routine that work for them and then settle in and stick to it. Unlike the board of directors at the strategic apex of an organisation, the workers at the operational core of the business won't necessarily know, or even want to know, about what competitors are doing, the economic landscape, changes to legislation etc. When the inevitable changes happen, managers need to be mindful of this and approach the situation accordingly. A good start would be to have good lines of communication and a organisational culture that places trust at the centre of employer-employee relationships.


Copyright © 2019 Stockwell Associates. All rights reserved.
About Us | Policies